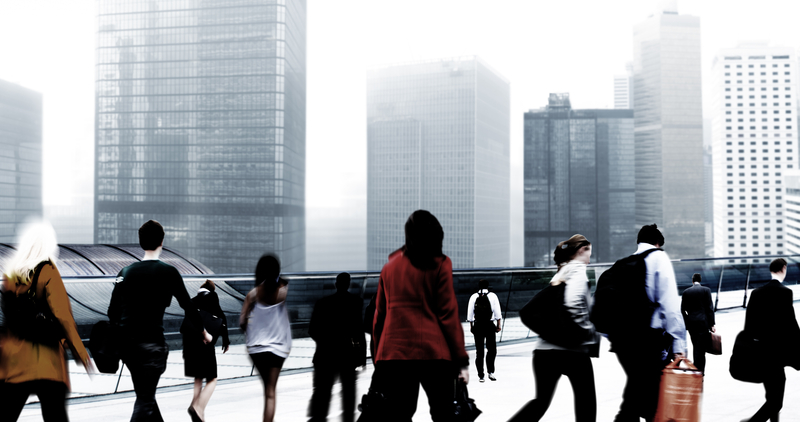 Sarah Wray examines the changing shape of city organisations and the latest hires.

From around 2013, cities began hiring Chief Resilience Officers. In the wake of a series of extreme weather events, from heat to floods, they are now bolstering their teams further.

In May, Miami-Dade County named Jane Gilbert as its first-ever Chief Heat Officer, thought to be the first position of its type globally. She will lead the creation of a heat plan to help residents and employers better manage heat risks and reduce urban heat.

Phoenix in Arizona, Athens in Greece and Freetown in Sierra Leone have followed, with more cities expected to make similar appointments.

Kathy Baughman McLeod, SVP and Director of the Adrienne Arsht-Rockefeller Foundation Resilience Center, which hosts the City Champions for Heat Action (CCHA) initiative as part of the Extreme Heat Resilience Alliance, said: “Heat is the biggest threat that the climate crisis offers, and we do not have a handle on it. Every level of government will need a Chief Heat Officer as leaders begin to better understand, quantify, and act to combat this silent killer.”

Following the devastation of Hurricane Ida, New York named Emma Wolfe as its first Extreme Weather Coordinator in City Hall. The appointment was part of the mayor’s ‘blueprint’ for how the city will prepare for and respond to extreme weather.

“Extreme weather is more common than ever and more severe than ever. Business as usual is over,” said Mayor Bill de Blasio.

The city “will plan for the worst-case scenario in every instance,” meaning earlier warnings, more evacuations, and more travel bans in the lead-up to storms, all overseen by the new coordinator.

Many larger cities and increasingly a lot of smaller ones now have a Chief Data Officer but as artificial intelligence (AI) and specific use cases emerge, roles are expanding.

The city says the role is unique in urban governance and will provide protocols and information about the systems and tools city agencies use to make decisions.

In line with this, the city recently launched its first AI strategy, with an emphasis on digital ethics.

The pandemic has highlighted the importance of data-driven decision-making for a variety of use cases – one of these is reshaping tourism to capitalise on the benefits while managing the impact on infrastructure and local residents. With this in mind, Barry Rogers has taken on the position of Smart Tourism Manager in Dublin, Ireland. He is one of the first to hold this specific title for a city, though several are exploring the approach.

Closing the digital divide has shot to the top of cities’ priority lists as enforced remote learning and working during lockdowns highlighted the inequity in access to affordable internet, devices and training.

Cities such as Glasgow and Dublin have set up new, dedicated telecoms units to facilitate the faster rollout of communications infrastructure.

In April, Jason Hardebeck was named as Baltimore’s first Director of Broadband and Digital Equity.

Detroit was one of the first cities to hire someone in this specific role in 2019, appointing Joshua Edmonds as Director of Digital Inclusion.

His work has included establishing Detroit’s Connect 313 programme, which brings multiple organisations together around digital inclusion.

If cities are to do one thing to close their digital divide, Edmonds advises them to create a similar role.

“You need to have someone that wakes up every single day and goes to bed every day thinking about this issue,” he told capitaltribunenews.com for a report earlier this year, noting that the person needs a mandate to lead and the backing of the mayor.

“There are cities that have started their digital equity stuff way before Detroit, yet we’ve been able to leapfrog them on impact because we have a role like this,” Edmonds added. “It’s not necessarily me per se; it’s more so the functions of my role that allow us to move the way that we’re moving.”

Earlier this year Miami Mayor Francis Suarez appointed Melissa Krinzman as the city’s first-ever Venture Capitalist-in-Residence. Krinzman, who is Managing Partner at Krillion Ventures and has a 25-year career as an investor and entrepreneur, took on the one-year assignment to work with founders, investors and community leaders to advance the mayor’s goal of boosting Miami’s position as a tech hub.

The mayor also named Saif Ishoof, the Vice President of Engagement at Florida International University, as his Senior Advisor for Innovation & Technology. Suarez said Ishoof will act as a “concierge” for high tech companies and cryptocurrency entrepreneurs that the city is hoping to attract.

As cities double down on specific areas of climate action, the City of Denver’s Office of Climate Action, Sustainability, and Resilience advertised for a Building Decarbonization Incentives Manager.

Believed to be the first city position with that title, the appointed person will work to increase the energy efficiency of homes and buildings, which are responsible for 63 percent of greenhouse gas emissions in Denver.

They will develop and manage incentives, pilots and demonstration projects for electrification in commercial and multifamily buildings.

Glasgow, meanwhile, has appointed Kit England as the Green Economy Manager. The city, which is hosting the COP26 summit, noted that while the low carbon transition will create long-term economic prosperity and jobs, the pace and scale of change presents big questions about how and by whom it is funded. The city recently launched a £30 billion (US$41 billion) climate investment prospectus.

“Decarbonisation Officers could learn from the experience of government digitalisation, which began earlier but is similar in the sense that you need a whole-government approach,” Filer said.

The creation of positions such as Chief Digital Officer and Chief Resilience Officer a few years back showed the importance of appointing someone who can break down silos and push through barriers. This cross-city approach will also be essential to the new leaders as they tackle today’s pressing problems.

If you are creating new roles to tackle specific issues, send us a message.