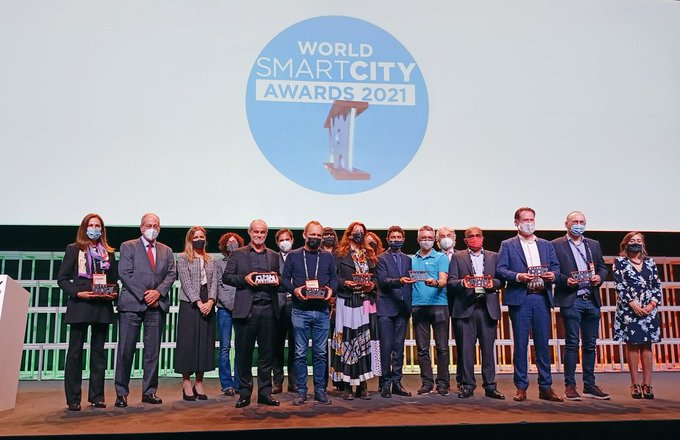 Since 2012, the Argentinian capital has implemented the scheme which promotes waste reduction, encourages segregation, and reduces the overall volume of waste at local landfills.

Speaking to capitaltribunenews.com, Diego Fernández, Secretary of Innovation and Digital Transformation, Buenos Aires City Government, said: “In my humble opinion, one thing that cities should learn is that the government can’t do things alone.

“Government, with the private sector, the third sector, NGOs [non-governmental organisations] and citizens in general, need to get involved. Otherwise no results will be achieved.”

In his acceptance speech, he also praised “the NGOs and the young citizens [of Buenos Aires) who have raised their voice over and over again to address climate change.”

“This project is a small grain of sand that we’re putting together to make the world more sustainable and liveable,” he said.

Italian architect Benedetta Tagliabue and the Mayor of Paris’ special envoy for smart cities, Carlos Moreno, both won the Leadership Award for their significant contributions to advancing smart cities projects worldwide over the last 10 years.

According to the jury, Tagliabue received the award for “bringing beauty and liveability to cities through the redesign of public spaces and urban buildings,” while Moreno was recognised for his 15-minute city vision and “bringing new perspectives to urban challenges”.

The awards took place during the Smart City Expo World Congress, which returned as an in-person event this year.

Each of the nine categories recognised pioneering projects, ideas and strategies making cities around the world more livable, sustainable, and economically viable.

The other seven categories and winners included: