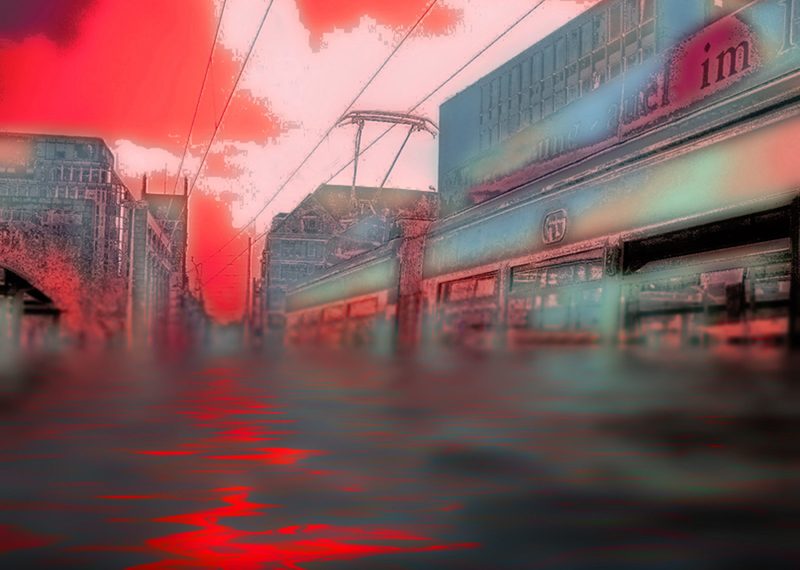 Sarah Wray looks at why cities’ resilience strategies need to expand beyond physical infrastructure to the digital world.

Severe weather events around the world this year, including floods, wildfires, heatwaves and hurricanes, have tragically claimed lives and wreaked destruction on cities, buildings and landscapes. While more local governments are investing in physical adaptations, from green infrastructure to coastal barriers and advanced drainage, the disasters have highlighted the need to also shore up digital defences.

Reports from China illustrated how residents in Zhengzhou were plunged into a “digital dark age” during record flooding in July, which killed at least 302 people.

Accounts from citizens revealed that phones that previously were the key to everything became a useless “brick that glows”. People struggled to reach their loved ones, they missed travel warnings, and some had to set up tabs at the grocery store as many people in Chinese cities no longer carry credit cards and cash. As flooding subsided, ride-hail drivers trawled for somewhere to recharge their electric vehicles, which now make up the majority of taxis in Zhengzhou.

Cities in other countries may not be as far down the digitalisation road as China but the pandemic has significantly accelerated and expanded digital services. What is the back-up plan should these systems fail?

While some issues will be an inconvenience, others could have more serious consequences.

Lauren Sorkin, Executive Director at the Resilient Cities Network (R-Cities), says: “Before COVID, there was a lot of talk of smart cities and what kind of benefits they could bring. Fast forward to now and digital infrastructure is absolutely considered as critical infrastructure needed to deliver health, education and financial services.

“Cities need to apply that same lens of [preparing for] shocks and stresses on their digital infrastructure and look at how to make it resilient.”

In the Zhenghzhou flooding, several people died in the subway and the Jingguang Road Tunnel, and questions were raised about whether the city’s real-time flood prevention system and a tunnel monitoring system failed or whether authorities didn’t act on information. An investigation is underway.

Sorkin says digital tools like these are not a silver bullet for cities: “You have to build in redundancy,” she stresses.

“There’s this tension between efficiency and redundancy, and it sounds on the face of it strange when you tell cities you always need back-ups and redundancies when they’re trying to make decisions about how to spend scarce resources.

“But what we really emphasise is that you can’t substitute technology and tools for the capacity and processes in your human systems, in your institutions; they need to be operating in tandem.”

For Kimberly Walker LaGrue, Chief Information Officer, City of New Orleans, digital resilience starts with communication. She has learned lessons from Hurricane Katrina, a cyber-attack, COVID-19, and most recently storm Ida, as well as from her previous career as a telecommunications engineer.

She says: “All of our disaster recovery and resilience needs to be built around maintaining the ability to communicate, especially with citizens and the public, so that’s actually where I start all of our planning and digital resilience building.”

This was put to the test during the recent Ida storm when there was a fire at the New Orleans City Hall data centre, pushing the city’s email and several websites offline for a time, including the NOLA Ready hub for disaster relief information.

Critically, though, the NOLA Ready text message alert system was not affected, and the city was able to still push out information to residents.

LaGrue says that this highlights how diversifying the way cities communicate is crucial.

Facing challenges from weather events to an ageing building, New Orleans is now following a growing number of cities to the cloud.

“It’s not just water coming into our buildings or hurricanes – we have faced every type of threat,” says LaGrue. “We need to move digital platforms into a more resilient space so we’re moving to a cloud-based data centre and building redundancy into that.”

Further, as the city considers the potential for investing in more Internet of Things (IoT) and connected systems in areas such as public safety and transport, LaGrue’s team is creating a set of centralised procurement requirements covering cybersecurity as well as broader digital resilience to help ensure continuity of communications and services.

She explains: “We want to supply these requirements to departments so that we can safely build integrations and we don’t compromise our security, or our data, and we don’t lose access to any of our information or systems.”

Rotterdam in the Netherlands is also homing in on digital infrastructure specifically. As well as a Chief Resilience Officer, which Rotterdam has had since 2014, the city also has a dedicated cyber-resilience officer. The two are working closely together to create an overview of cyber risks and map all vulnerable and critical systems.

Recently this included a cyber-resilience scan on the city’s water-related infrastructure, such as pumping stations. Smart city systems will also be brought more systematically into Rotterdam’s forthcoming new resilience strategy to 2026.

“Digital resilience is one of the topics where the smart city programme and the resilience programme collaborate,” says Arnoud Molenaar, Chief Resilience Officer, City of Rotterdam. “We are identifying how we can use smart solutions to become more resilient, but also vice versa: smart applications have to be resilient.”

He says there is a growing need for smart city programmes to work more closely with resilience managers.

Backing up digital systems can also mean rethinking urban planning. Milan is seeing a growing need to move some underground infrastructure such as energy distribution and telecoms equipment above ground or take steps to better insulate it from flooding, says Piero Pelizzaro, Milan’s Chief Resilience Officer.

This highlights the unique hazard profile each city faces. Milan’s flooding risk, for instance, is exacerbated by a somewhat unexpected factor – the economic crisis of 2008. Many businesses that had to close used water in their production processes, causing a rise in underground water and pressure.

Milan’s digital infrastructure is also at risk from increasing windstorms but the biggest issue, says Pelizzaro, is energy.

This is becoming a growing concern for many cities — winter storms earlier this year brought infrastructure in Texas to its knees for almost a week, driving new focus and debate about responsibility for and management of the state’s power grid.

“We’ve seen an increase in blackouts over the summer, even with increased resilience investment in the energy distribution,” Pelizzaro says, noting the impact of remote working and the increased use of electric mobility.

“All the other digital systems could be shocked by this,” he said. “The main critical infrastructure is the energy infrastructure.”

“There is a huge priority to address that nexus between building city resilience and the decarbonisation agenda,” notes Sorkin. “As we go towards electrification and putting more services online, we need to look at the back-up power, because it’s so important to how we run the city and our health services and how we provide basic services to people.”

She says that many cities are banding together to push their state and national authorities on the resilience of both energy and communications networks.

Pelizzaro is part of a team reviewing the national climate adaptation plan and says there is also “constant dialogue” between the energy and distribution companies in Milan and the city to increase resilience. Further, requirements to integrate the grid with a back-up system are part of Milan’s climate action plan and city masterplan.

Rotterdam, too, is working on an Energy Resilience Framework, including the development of an ‘energy system vision’ focusing specifically on how to make energy systems resilient and how energy systems should contribute to a more resilient city overall.

Many cities are establishing regular contact with telecoms operators about strengthening systems for emergencies, but they typically lack power to compel them to act and say there is little commercial incentive for profit-focused companies.

In a recent Morning Consult survey, 32 percent of US adults polled said state and local governments should do more to ensure phone and internet service is not disrupted during natural disasters – the same amount as said this for service providers.

This issue is becoming a higher priority following this year’s storms. Last month, for example, the Federal Communications Commission (FCC) voted to consult on new proposals to ensure that communications services remain operational when disasters strike. This could include service providers collaborating more closely on roaming and mutual aid during emergencies and investing more in back-up power sources.

Community resilience hubs are also a growing trend. These include physical facilities to offer essentials during disasters, such as phone charging, and back-up power and water, but they also focus on fostering networks of residents, local businesses and non-profits to assist their neighbours in case of extreme weather events. In response to the storms earlier this year and using US$3 million in American Rescue Plan Act (ARPA) funding, Austin, for example, plans to launch two initial Resilience Hub pilot projects within the next 18-24 months.

With the COP26 summit upon us, the focus is on reducing emissions as much as possible. But what can’t be forgotten is that some climate change and its impacts are already locked in. Adaptation is  also key – and digital systems must be part of that.