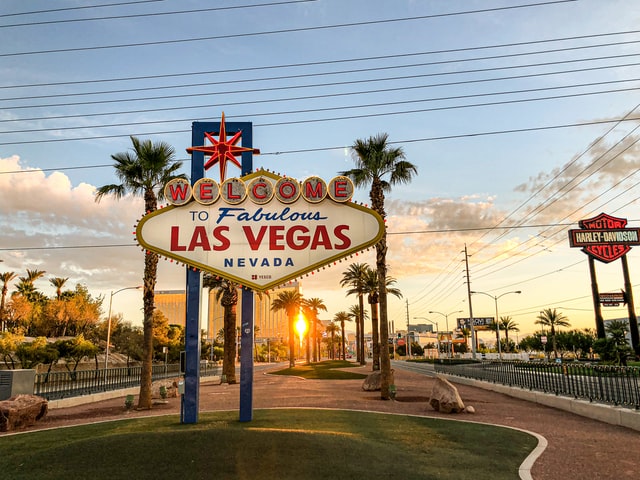 Las Vegas is the second city to join Cityzenith’s Clean Cities – Clean Future initiative to use a digital twin to drive down emissions and save costs for building-owners.

Las Vegas will work with Cityzenith and IoT exchange Terbine to develop the digital twin, with plans to unveil it at the CES trade show in Las Vegas in January.

The twin will be a digital model of buildings, transportation systems and infrastructure in downtown Las Vegas, fed by Internet of Things (IoT) data transmitted by sensors over a 5G network.

The city is aiming to use the virtual replica to improve mobility, air quality, noise pollution, water management, and emissions from major buildings.

Michael Sherwood, Chief Innovation Officer, Las Vegas, said: “Digital twins are rapidly becoming vital to how cities are run. Now in Las Vegas we will have a city-scale digital twin that is driven by the physical environment, and ultimately letting us control key systems through it.

“This will give us new levels of insights and control to benefit city planners, residents, and businesses. We’re setting the benchmark for cities around the world to become smarter, efficient, safer and more sustainable.”

Cityzenith is providing its SmartWorldOS digital twin at no cost to cities for the Clean Cities – Clean Future programme. The first pilot project is already underway in New York. Phoenix and several other major cities are expected to follow, the company says.

“We are confident that this seminal project will demonstrate the combined power of digital twin and IoT technology working together to transform mobility, walkability and emissions,” said Michael Jansen, CEO of Cityzenith.

“Among our many goals, we are keen to demonstrate how the Las Vegas digital twin project will help local building-owners of any scale dramatically reduce operating costs and emissions for little to no investment.”

Jansen describes SmartWorldOS as: “A data aggregator, visualiser and analytics platform that allows multiple stakeholders working in a project to collaborate in a common environment, optimising and correlating efficiencies across the entire lifecycle of projects.”

He said it is akin to “SimCity for real cities” or “Google Earth on steroids”.

Cityzenith is also developing its own app store of applications to further expand the digital twin platform.

The project in New York, working with non-profit partnership the NYC 2030 District and Agile Fractal Grid, will focus on reducing the energy footprint of the 225-acre Brooklyn Navy Yard, starting with Bldg.77, a one million ft² warehouse recently renovated for commercial and manufacturing use.

On a recent webinar with capitaltribunenews.com, John Reynolds, CEO of Agile Fractal Grid, said the digital twin is being used to plan, design and construct agile fractal grids, which aim to increase the reliability, resiliency and security of power grids through decentralisation.

Each grid can either operate as a standalone microgrid for a building, for example, or team with other fractal nodes nearby.

To find out more about the project, replay the recent webinar with Jansen and Reynolds.