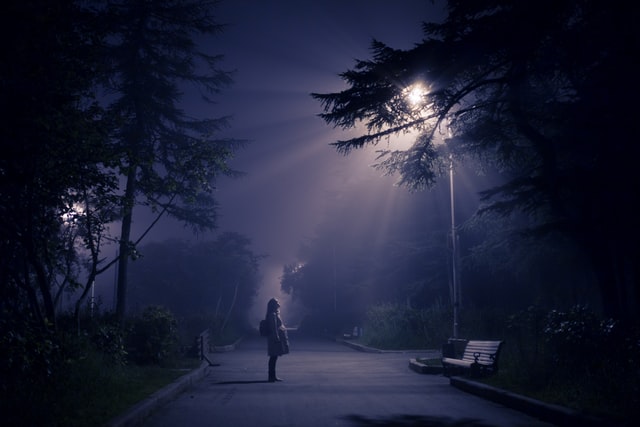 Real-time transport information, a women’s night bus, more park rangers and better lighting are among the recommendations to make the city of Glasgow work better for women.

The conclusions are from a new report by Young Women Lead, a programme set up by YWCA Scotland to increase younger female political participation. It was written by a group of 23 women, aged between 16 and 30, from across Glasgow.

The city is now considering how to take forward several recommendations made in the research. Other proposals include implementing one simple ticket for all modes of public transport, more space on buses for prams and wheelchairs, and better facilities for dogs in parks. While many said dogs make them feel safer, others said they’re less comfortable when dogs are off leashes.

The report, based on surveys about buses and parks in Glasgow, calls for the city to adopt a ‘feminist town planning’ approach. This centres around the idea that cities are typically designed by men for men, with a lack of consideration for the needs of women, non-binary and genderfluid people. Feminist town planning aims to co-design communities for all who live and work in them.

The research found that 67 percent of women and non-binary people often feel unsafe or uncomfortable on Glasgow’s buses due to issues such as unsolicited approaches from men, fighting or drunken behaviour, or encroachment on their personal space. Only 20 percent of respondents would use the bus at night compared to 60-70 percent at other times of the day. Seventy percent said they don’t always feel safe at bus stops.

Only 20 percent said they feel very comfortable in their chosen park and most said parks are a no-go area for them after dark.

“Parks represent an underestimated part of transport networks,” said Elena Soper, National Programmes Manager, YWCA Scotland, speaking to capitaltribunenews.com. “Think about how much time we’re wasting walking around a park because we don’t feel safe to go through it.”

“Looking at what they’ve done [in Vienna], I don’t think it’s anything really that drastic,” Soper said. “Coming out of the pandemic, we’re all looking at how we can make society better for everyone — ‘build back better’ as people keep talking about. It’s important to actually talk to the people that are affected the most and get their input on it because at the end of the day, it’s their lived reality and they are the people best placed to influence decisions that are made.”

Councillor Jennifer Layden, Glasgow’s Convener for Communities, Equalities, and Human Rights and Chair of the Glasgow Violence Against Women Partnership, told capitaltribunenews.com the council is looking at how the recommendations could be taken forward.

“It’s a very powerful piece of research, and some of it is rightly going to challenge the ways that we work,” she said, adding that the young women behind the report would be involved in progressing the recommendations.

Layden commented: “One of the things that I think is fundamental here is having a reflection back, and this is what I have been doing since the report came out and considering: How can we incorporate feminist town planning into our council policies and mainstream that?

“And it’s not just about the physical improvements but also the improvements you can make before developing the policy.”

This includes evaluating the quality of equality impact assessments and considering the collection of disaggregated data in future.

The report comes after the killings of Sarah Everard and Sabina Nessa in London have put women’s safety in the spotlight. Layden believes a “wider cultural shift” is emerging.

“I do feel we are at a point where there is that real change coming forward,” she said. “We should just have the right to go out and walk within our parks and streets without putting the onus on women to change their behaviour.”

An official response on the report will be provided to Young Women Lead, Layden said.

During November, over 2,500 secondary school pupils from across Glasgow are expected to attend the Girls@COP26: The Solutions are Feminist conference at Glasgow Caledonian University. Topics include climate action, health, work, fashion and urban design.

More cities are beginning to consider similar issues to those raised in the Glasgow report.

Los Angeles has pledged to take action after a recent study concluded that the city’s transportation system “is failing women”.