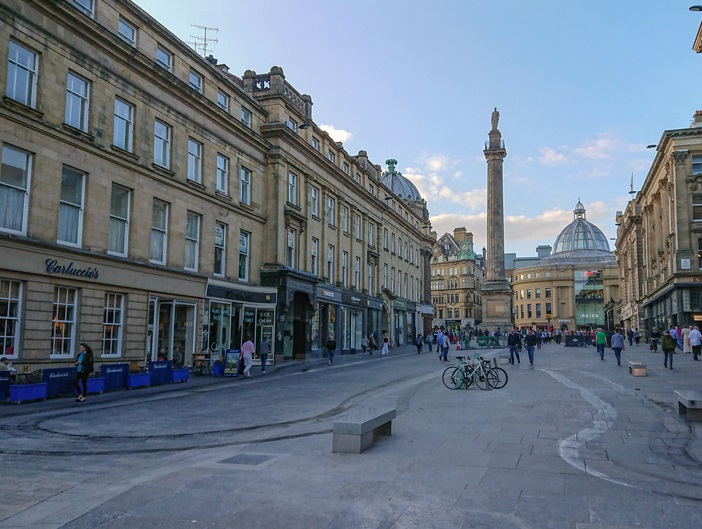 During the pandemic, the city of Newcastle in north-east England developed How Busy Is Toon, showing video stills in close to real-time to help people make decisions on whether they feel comfortable travelling into the city centre.

“This is so important for the city from a growth and prosperity perspective,” Jenny Nelson, Digital Newcastle – Programme Manager, Newcastle City Council, told capitaltribunenews.com.

How Busy Is Toon has become a “catalyst” for more real-time open data sharing, including data around car park occupancy, roads and buses.

Through the Bus Open Data Service, people in Newcastle can see the real-time location of every bus across all operators.

“We want people to be able to interact with data about the city in a way that’s helpful and meaningful for them,” said Nelson.

The future vision is a more tailored service where people can receive messages and notifications based on the questions or challenges that they have.

“I’m really excited about how we can continue to share data with people in Newcastle,” Nelson said.

Rather than having its own open data platform like many cities do, Newcastle benefits from working closely with the Urban Observatory at Newcastle University, which offers the largest set of publicly available real-time urban data in the UK.

The How Busy Is Toon project did initially raise some ‘Big Brother’ comments and concerns, which led the council to add more explanatory content on the site about data and privacy. Since then, Nelson said these issues have died down and people are more likely to complain if the camera feeds aren’t working.

“That’s showing how people actually value it,” she commented.

How Busy Is Toon received funding through the government’s Local Digital COVID-19 Challenge and is a finalist in the Digital Leaders 100 Awards.

The post How Newcastle is becoming a real-time city appeared first on capitaltribunenews.com.