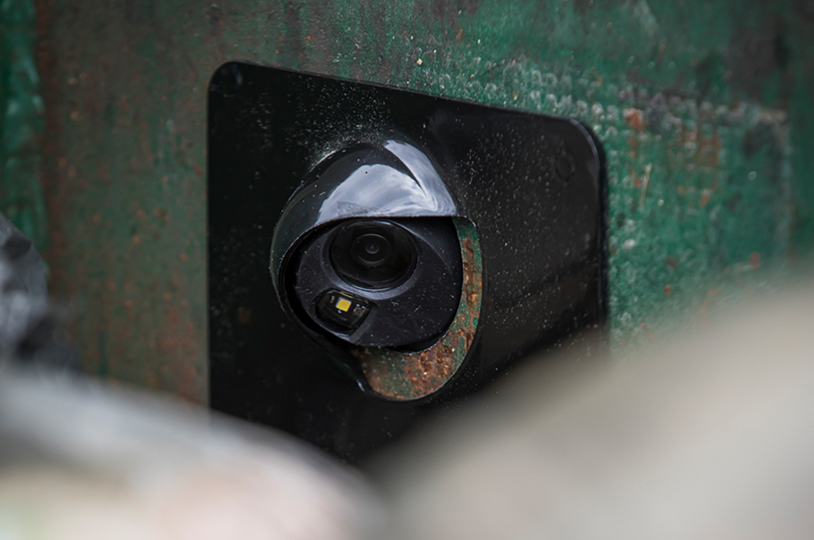 Miami is installing ‘smart’ cameras in city dumpsters to measure and categorise waste. The initiative could cut waste collection costs by a projected 30-40 percent and boost recycling rates.

The data from this initial deployment will be the foundation for designing a bespoke waste metering programme for all municipal buildings and private businesses in Miami, a statement from the city said.

The cameras from Compology will take photos of the inside of dumpsters at municipal buildings, police and fire stations, and parks several times a day to measure how much and what types of waste are present.

Artificial intelligence (AI) analysis of the images will show how full a dumpster is, how full it is at pickup, and how fullness trends over time, enabling more efficient collections and routing. Further, the system identifies waste that shouldn’t be in the recycling, or waste that has been incorrectly deposited – such as boxes that haven’t been broken down. This can trigger real-time alerts and inform education campaigns.

According to the US Environmental Protection Agency (EPA) of the 292.4 million tons of municipal solid waste generated by Americans in 2018, 69 million tons were recycled and 25 million tons were composted, equivalent to a 32.1 percent recycling and composting rate. Many recyclables become contaminated when items are placed in the wrong bin, and have to be sent to landfill.

As well as cutting costs, the city is expecting a reduction in CO2 emissions, traffic congestion, noise pollution and illegal dumping.

“Compology’s technology reduces the number of miles garbage trucks need to drive and helps improve the amount of material that can be recycled – keeping it out of landfills,” said Miami City Commissioner Ken Russell, who led the initiative to bring Compology to Miami. “By modernising our waste collection processes, we can reduce the city’s environmental footprint while also saving taxpayers’ dollars. It’s a win-win.”

“The City of Miami’s embrace of innovative technology serves as a template for how municipalities can more efficiently manage their waste to drive both sustainability and cost savings,” added Jason Gates, CEO of Compology. “Compology is committed to doing everything we can to support Commissioner Russell, Mayor Suarez, and the City of Miami in their vision for smart, environmental stewardship by reducing truck traffic and helping divert waste from landfills, the third largest source of methane emissions in the United States.”

In May, Compology announced a Clean and Green City Grants programme, providing free 90-day pilots of its technology for 25 cities.