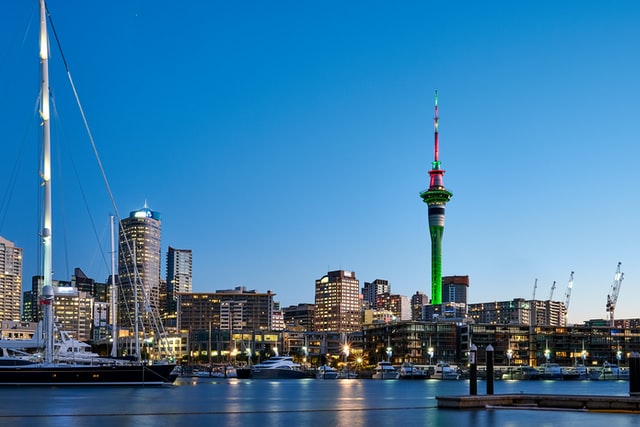 The measures would be funded by a Climate Action Targeted Rate (CATR) that will raise around NZ$574 million over 10 years, costing the average Auckland household approximately NZ$57 a year.

Auckland officials have said the proposal is one of the first city-led climate tax initiatives in the world.

“Long after COVID-19 ceases to be a major threat to us, there will be the ongoing crisis caused by climate change – we can’t afford to put off any longer the action needed to avoid a climate disaster,” said Mayor Goff.

“Auckland Council voted unanimously to declare a Climate Emergency in 2019, and we have already committed an extra NZ$15 million a year to climate action through our Recovery Budget.

“We’re not starting from scratch, but we also know that we are not doing enough. A recent progress report on our Climate Action Plan states that Auckland’s emissions are not remotely tracking in line with our target to reduce emissions by 50 percent by 2030.”

Funds raised through the CATR will be leveraged to seek to unlock a further NZ$471 million through central government co-funding and other sources.

Walking and cycling initiatives would receive NZ$228 million under the plans, while NZ$13.3 million will be ringfenced for urban greenery projects.

NZ$122 million will be allocated to accelerate the decarbonisation of the city’s ferry fleet, which accounts for 21 percent of Auckland’s emissions from public transport.

Sixty-six low-emission buses would also be funded, along with a raft of new routes which will put a further 10 percent of the population within 500 metres of a frequent bus service.

In July, the city launched a new City Centre Bus Plan which outlined sweeping changes needed to transform the network over the next ten years.

“While nobody relishes the idea of paying more rates, we’ve heard clearly from Aucklanders that they want us to do more on climate change and to improve our public transport system,” added Goff.

“We must be able to say to future generations that we used every tool in the toolbox to tackle the climate crisis.

“The Climate Action Targeted Rate ensures transparency and guarantees that every cent raised will go directly to climate action for our city.

“The principles for allocating this funding are simple – funded projects must have high impact and wide regional benefit, address inequity, and start fast.”

The mayor’s proposal will be outlined before the city’s Finance and Performance Committee on 8 December.