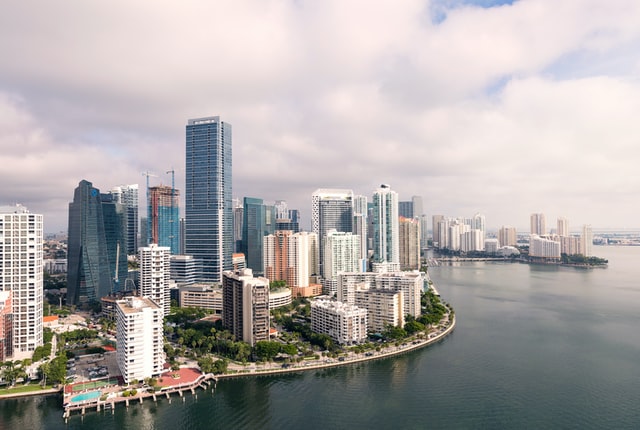 French company Planetwatch is working with the City of Miami to launch a decentralised indoor and outdoor air quality monitoring network that offers rewards for sensor hosts.

Data collected by the sensors will be recorded on the Algorand blockchain and used to detect pollution hotspots and provide a database of environmental analytics.

Residents that agree to host an air quality sensor will receive Planet tokens (Planets) as compensation. These can be exchanged for Earth Credits which can be used to purchase products and services from Planetwatch and partners. Through a new partnership with ClimateTrade, Planetwatch said that staking Planets will soon enable people to plant trees in sustainable forests and corporates to buy carbon credits.

According to the World Health Organization, air pollution is one of the biggest environmental threats to human health, alongside climate change. In 2019, more than 90 percent of the global population lived in areas where concentrations of fine particulate matter exceeded WHO guidelines. Further, more than 40 percent of Americans live in places with unhealthy levels of ozone or particle pollution.

Miami is the first major US city to adopt Planetwatch’s decentralised network and follows deployments in several European cities.

Miami Mayor Francis Suarez commented: ” Miami is striving to become a green city through policies like the ‘Miami Forever Climate Ready’ initiative, and it is hugely exciting that innovators like Planetwatch and Algorand are coming here to implement major sustainable technology in the US.

“Algorand is a carbon-negative blockchain, and the data from this project will play a crucial role in our climate adaptation efforts as well as our ambitions to make Miami an epicentre for digital capital markets.”

Suarez is an advocate for trying new approaches in local government, including the use of blockchain and cryptocurrencies.

Planetwatch licences start from €35 to €250 (US$39 to US$283), depending on the duration and type of sensor. Recommended sensors cost from around €350 to €1,350, which may be unaffordable for some residents.

Claudio Parrinello, CEO of Planetwatch, told capitaltribunenews.com: “There are several funding options here. People willing to maximise the amount of token rewards they can earn will need to purchase sensors and connection licences. Others who just wish to get involved may be offered free equipment funded by corporate stakeholders or, possibly, local government – discussions are in progress.”

He added that a working group with the city of Miami will soon get underway to plan logistics. This will include analysis by Planetwatch to determine issues such as the area covered, sites to place devices, optimal number of devices and installation support.

Parrinello said Planetwatch has over 21,000 connected sensors globally, with deployments in place or in progress in cities including Milan, London, Berlin and Budapest.

San Jose is taking a similar decentralised approach to tackling the digital divide. In September, the city launched a pilot programme with Helium based on residents hosting hotspot nodes on a decentralised Internet of Things (IoT) network. These mine cryptocurrency that will be used to subsidise broadband costs for residents on lower incomes.

Also this week, the City of Milan and Bloomberg Philanthropies announced a new clean air partnership that aims to better understand and improve air quality in Italy’s second-most populous city.

The pilot initiative aims to harness the power of data by deploying a local air quality monitoring network with the installation of low-cost sensors that measure air pollution levels at 50 schools and 10 priority sites over two years.

As part of the project, the city’s Agency for Mobility Environment and Territory (AMAT) will develop hyperlocal data on air quality with a digital platform to provide information to the city administration for planning purposes and to schools, parents, and the wider community to increase citizens’ awareness on air pollution.

“Milan is at a geographical disadvantage in terms of air stagnation and pollution concentration,” said Milan Mayor Giuseppe Sala.

“Air quality is therefore a key environmental objective – this is why Milan did not stop at defining a Climate Plan, we made it an Air Quality and Climate Plan.”

The Italian Climate Network, in partnership with publishing group Edizioni Ambiente, will also launch an educational campaign in schools across the city, where data and other resources will be used to help students and families improve their understanding on the sources of pollution and the importance of clean air.

Milan is among the top ten EU cities with the highest costs and mortality burden stemming from air pollution.