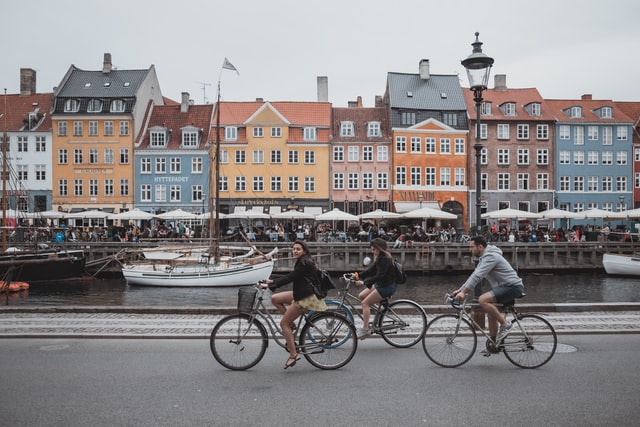 Copenhagen is ranked top in the fourth edition of the Safe Cities Index (SCI) from the Economist Intelligence Unit (EIU), with Toronto taking second place and Singapore third.

The other cities in the top ten are: Sydney, Tokyo, Amsterdam, Wellington, Hong Kong, Melbourne and Stockholm.

In the report, Copenhagen Mayor Lars Weiss said: “One key factor that makes Copenhagen such a safe city is its low crime rate, currently at its lowest level in more than a decade. We focus greatly on early intervention with preventive initiatives. Many of these are led through locally based cooperation between schools, youth clubs, social services and the police – the so-called SSP [schools, social services, police] system.”

He added: “Copenhagen is also characterised by great social cohesion and a relatively narrow wealth gap. It is a mixed city where both the cleaning assistant and the CEO meet each other at the local supermarket and have their kids in the same school. This is one of the very cornerstones of Danish culture, and it contributes greatly to the high levels of trust and safety that we benefit from.”

In the previous three editions of the index, Tokyo, Singapore and Osaka led the ranking. This year’s changes reflect a reordering among cities that have always come close to the top, rather than a “tectonic shift”, according to the EIU.

Naka Kondo, senior editor of The EIU and editor of the SCI2021 report, said Covid-19 has changed the whole concept of urban safety.

She commented: “Digital security is now an even higher priority as more work and commerce have moved online; those responsible for infrastructure safety have to adjust to dramatic changes in travel patterns and where residents consume utilities; agencies responsible for personal security need to address a large, lockdown-driven shift in crime patterns; and the priority that urban residents and officials assign to environmental security has risen markedly as Covid-19 serves as a stark warning of unexpected crises.”

The index data shows that internet connectivity is becoming ubiquitous “and could be effectively universal within a decade”.

Further, 59 of the 60 cities have started the process of becoming a smart city or expressed the ambition.

“This makes current levels of digital security worrying,” the report says. Only around a quarter of urban governments have public-private digital security partnerships and few look at network security in detail in their smart city plans, according to the research.

Gregory Falco, Assistant Professor of Civil and Systems Engineering at Johns Hopkins University, is quoted as saying that “the digital security of cities is generally pretty terrible.”

The report calls for cities to rethink cybersecurity, viewing it as an investment, or at least an essential insurance policy, rather than an unproductive cost. They are also urged to take a city-wide approach rather than one fragmented by departmental silos.

The top-ranked cities in each pillar are: