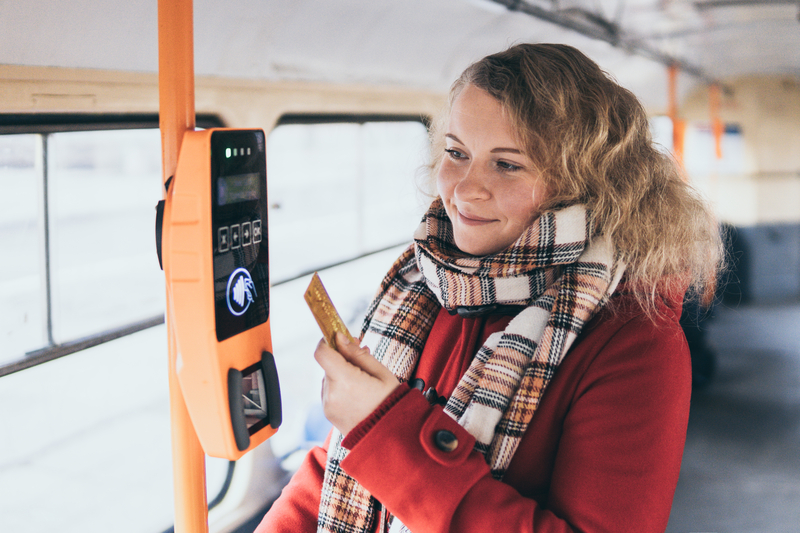 More and better data is part of the solution for making transport systems more inclusive for women and other groups, but it’s time to turn insights into action. This will take fresh imagination, tough conversations and some directed anger, according to experts on a recent webinar from the Women in Mobility UK network hosted by capitaltribunenews.com.

The good news is that new tools and examples are emerging.

Hannah Bougdah, Head of Statistics Dissemination and Development at the UK’s Department for Transport, shared a snapshot from the national travel survey, which monitors long-term trends in England. In 2020, women made four percent more trips than men but travelled 22 percent fewer miles. A similar pattern was observed in 2019, before COVID-19.

“The first step that we’ve been making is getting this data and evidence and getting it to a good place. The next step probably is thinking about how we can improve policies,” said Bougdah.

Dr Laila AitBihiOuali, Assistant Professor, Transportation Research Group, University of Southampton, highlighted the importance of collecting data not only on how women travel but also on why they make their choices, to help transport operators understand what they can do to improve services.

AitBihiOuali’s research, based on customer satisfaction data from 28 cities around the world, pinpointed a gender gap in the perception of personal safety and security, with women being 10 percent more likely than men to feel unsafe on metros, and six percent for buses. The research also revealed that women were less satisfied with services overall than men, although satisfaction levels increase signifcantly when there are more staff in stations and on trains.

“[This] shows that there is also an incentive for transport providers to try and tackle that but a lot of them don’t necessarily gather this information in the first place,” said AitBihiOuali.

Separate research from AitBihiOuali and colleagues also found that women were 2.5 percent more likely to report feeling unsafe on public transport after the #MeToo controversy highlighted women’s experiences of harassment.

“Frequency is key to try and follow up and measure performance and improve the transport experience of women. Quantification is always more convincing, because what gets measured can get done.”

Kelly Saunders, a gender and mobility strategist with a background in senior legal and commercial roles with Group SNCF in Europe and Australia and public policy for the Victorian government, also called for the integration of non-transport information, including health and ethnographic data.

But she stressed that we need to turn data into collective action. Research since the 1980s has consistently shown that women move around differently to men and that it’s often down to safety issues and caring responsibilities.

“We see a real banalisation,” Saunders said, adding that while there is growing interest from transport operators and cities, there’s still a lot of “inertia” when it comes to implementation.

Part of this is the difficulty of imagining things differently, which is a focus for Saunders in her PhD and consultancy work.

She gave the example of installing smaller toilets for children in transport hubs.

“I can’t tell you the difference when you’re designed for,” Saunders said. “And I feel like this is a huge underestimation in the way we design transport networks.”

When women have complex mobility needs or concerns about safety, it can lead to them spending more on transport, modifying their behaviour or avoiding some trips altogether.

“I think we should actually be quite angry about that and… bring that anger into our work,” Saunders commented, noting that as a young transport professional she had been wary of rocking the boat.

“I really separated my feminism from my job. We have to mix them; we have to bring them into the same place by finding other people – that collective power.”

Sandra Witzel, co-founder of Women in Mobility UK and Chief Marketing Officer and Board Director at SkedGo, who moderated the event, added: “We need to keep talking about it and asking questions because quite often, when we look at our own work, it might not be quite clear where the gender aspects [fit in]…we’re still working our way through that.

“But I think also not being afraid of asking those uncomfortable questions and putting them out there at work meetings and discussing them. That’s really important too, even when you’re not quite sure what the solution is.”

Practical tools are being developed to spur and enable change.

Transport planner Laura Brooks co-created the Gender Equality Toolkit in Transport (Get It), to help industry professionals understand how the decisions they make impact women’s mobility and encourage them to be gender responsive.

Disaggregated data is one of the eight areas of focus, alongside education and awareness, empowering industry, inclusive design, monitoring and evaluation, creating change, progressive policy, and engagement and consultation.

“The aim of the toolkit is to help challenge assumptions and any unconscious bias that you may have,” said Brooks.

She referenced examples including Los Angeles Department of Transportation’s Changing Lanes study, Transport for London’s Understanding our diverse communities research and Sydney’s On the go: How women travel around our city report.

The YourGround project surveyed women and gender-diverse people in Victoria, Australia, about their perceptions of safety in public spaces and allowed them to anonymously geotag locations.

The next step, according to Saunders, is moving from consciousness-raising to implementing projects and evaluating their impact.

She said the process of gender mainstreaming means asking: “Does every single decision that we’re making in the transport network work for men and women? And does it work also for gender-diverse people?”

The post Gender-inclusive transport: Moving from inertia to action appeared first on capitaltribunenews.com.