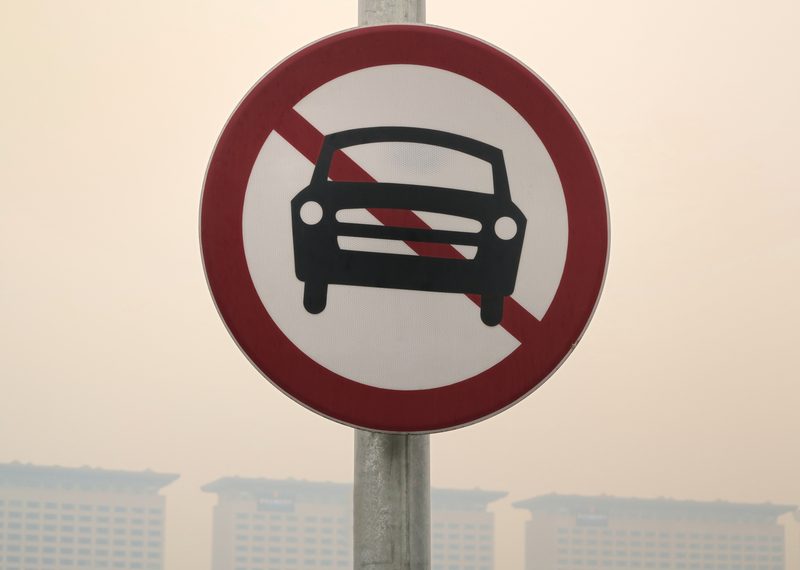 Persuading people out of cars involves a mix of hard infrastructure, soft measures and even a little bit of public shaming, said city leaders at an industry event this week.

The shift to electric vehicles (EVs) and the need to expand infrastructure rapidly to support this was one of the biggest topics at the MOVE event in London this week and has also been high on the agenda at COP26 in Glasgow. But during two city presentations at MOVE, mention of EVs was largely absent.

Heidelberg in southwest Germany is surrounded by the main automotive manufacturers but it is on a mission to “get rid of cars” – however they’re powered.

Raoul Schmidt-Lamontain, Heidelberg’s Deputy Mayor for Climate Protection, Environment & Mobility, said: “Even if you change from regular cars to electric cars, it’s the same problem – cars take up space. It is not only about climate protection, it’s also about public space.”

Antwerp in Belgium’s goal is to shift the modal split across the region to a maximum of 50 percent cars and at least 50 percent of journeys using other modes by 2030.

For both cities, this means a focus on hard and soft measures and a mix of push and pull approaches.

Cycling is a priority through improving and expanding bike infrastructure and facilities and giving more space over from cars to pedestrians and bikes. It also means connecting more parts of the cities and increasingly the region through intersecting bike lanes and bridges.

“We had a big programme to work away all missing links, unsafe links and also uncomfortable places in our bicycle network to make sure that it is a nice way to get to work,” said Koen Kennis, Vice Mayor for Mobility, City of Antwerp.

“If it’s not comfortable and pleasant, [people] stop cycling to work and they go by car.”

The cities are also deploying park and ride facilitiies which connect to the centre via public transport, micromobility or shared cars and Heidelberg is expanding the use of retractable bollards which only allow permitted vehicles into certain zones.

But, as Kennis noted, ‘hard’ infrastructure interventions can only get you so far and softer measures are needed too.

Antwerp has developed the Smart Ways to Antwerp multi-modal route-planner, which gives people all available options for how to travel.

“The vision we have is that travellers are at the centre and people choose themselves how they [move around] in the city,” Kennis said.

This includes an acknowledgement that cars can’t be eradicated altogether. “Some people are not able to go everywhere by bicycle or on foot; they need a car. We don’t want [a situation where] it’s not possible anymore to be mobile in our city.”

The city led on the development of the app because nothing existed yet in the marketplace that encompassed all modes of transport.

“But I hope that in the future, the commercial companies will take over this information and build it into their own systems,” Kennis told capitaltribunenews.com.

He also hopes that it can form the basis of mobility-as-a-service (MaaS) tools and drive competition to create systems that serve people across Belgium and Europe rather than being ‘locked in’ to Antwerp.

“It’s a difficult market but I hope that the [MaaS] market will grow very fast in the next few years,” Kennis said.

Schmidt-Lamontain admits that mobility decisions are not always popular. On one main street in Heidelberg, cars and parking spaces have been removed to make way for bikes. Some residents are unhappy that they can’t park their cars anymore but some also complain they can’t easily cross the street due to the heavy flow of bikes.

“We try to do a lot of communication before we do things such as putting up a bicycle lane, to explain what we’re doing and why,” he told capitaltribunenews.com. “Not all of the people are happy about it but the good thing is we have a majority in the city council who know there’s going to be some people that don’t like it but still want to [go ahead]. And that encourages us to actually do it.”

Heidelberg also focuses on education in schools and public information campaigns highlighting, for example, the lower cost of car-sharing compared to owning. A transport centre at the train station, which has been around since the 1990s, provides people with information on sustainable transport options, such as how to access car-sharing or get financial help to buy an e-bike.

The city has also been more aggressive in some of its messaging – such as ‘sticker shaming’ a car parked in a bike lane for a long time.

In Heidelberg, bike usage increased from 22 percent of the modal split to 29 percent between 2013 and 2018 but car usage remained the same at 29 percent, and public transport dropped from 16 percent to 13 percent.

The state of Baden-Württemberg aims to double demand for public transport by 2030, compared to 2010. This includes investing in rapid bus services between neighbouring cities, and Heidelberg’s mayor has pledged to make public transport free if he is re-elected.

“In Heidelberg, we are early starters but we still have a lot of cars that we want to get rid of,” Schmidt-Lamontain said, noting that it’s often the small things that add up to make a difference.

A resident survey in Antwerp found that the use of cars for commuter travel dropped from 51 percent in 2010 to 35 percent in 2020. Meanwhile, bicycle use has risen from 21 percent to almost 30 percent. Although COVID had an impact, the city has seen a steady trend of a decrease in car use and an increase in cycling.

The goal now is maintaining and improving this further and scaling it across the wider region.

Smart city projects to look out for in 2022