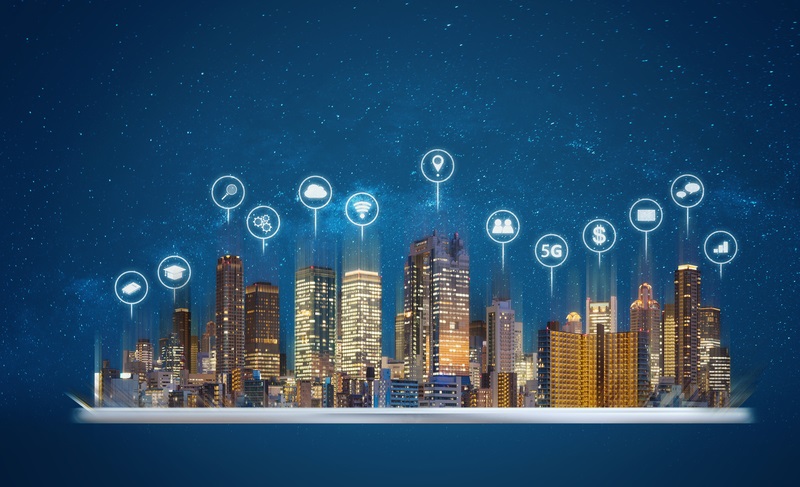 Urban sensors are on their way to “ubiquity” but circular economy projects are yet to gain real momentum.

These are among the findings from ABI Research’s report on the technology trends that will – and won’t – shape 2022.

ABI analysts say that while progress in deploying sensors on city assets has been limited over the past decade, this is now changing as use cases become established for efficiency improvements, cost savings, decarbonisation, and security and resilience.

The report highlights key sensor-based solutions such as automated traffic management at intersections, people density and flow tracking, security and occupancy monitoring in buildings and ‘microcities’, air quality and gas leak monitoring as well as gunshot detection and sensors to measure the condition of green infrastructure.

The analysts say driving forces behind greater adoption include the emergence of powerful edge artificial intelligence (AI) computing which unlocks more value and insights from captured data, including predictive intelligence, and an increasing range of high-performance sensor technologies, such as Light Detection and Ranging (LiDAR), InfraRed, and radar, alongside legacy low-cost camera sensors which have also improved in quality.

The report predicts that the installed base of LiDAR sensors in cities will start to gain traction in 2022 and reach over 2.5 million by the end of the decade.

Alongside COVID-19 recovery, climate action is set to be a priority for cities following COP26, the EU Green Deal and pledges from governments across the globe.

“The proper use of these technologies and ongoing investment and development are critical to their success,” the report notes.

The areas where ABI Research expects growth and scale to be more constrained include circular economy projects and greenfield megacities built from scratch.

The report forecasts that the circular economy will not increase over the next 12 months and is expected to fall to 8.5 percent circularity in 2022 before picking up.

The concept is likely to gain more momentum once pioneer cities, such as Amsterdam and Glasgow, demonstrate ways to implement and measure the circular economy.

“City-level data [is] the key to the success of the circular economy as place-based solutions are often required to ensure success,” the report states.

2021 saw the announcement of headline-grabbing new smart cities such as The Line in Saudi Arabia and Marc Lore’s Telosa in the US, but Dominique Bonte, VP End Markets and Verticals at ABI Research, told capitaltribunenews.com recently: “While many of these new city visions may never see the light of day, they do offer a glimpse into a more humanised, sustainable, and resilient urban future, much of which will be realised by gradually retrofitting and/or upgrading existing urban infrastructure in the next decades. The mega concepts play an important role in defining and promoting new urbanisation concepts.”

Investments in urban infrastructure aimed at implementing “new visions for cities” are forecast to reach US$375 billion by 2030.

The post The year ahead: Sensors everywhere and circular city setbacks appeared first on capitaltribunenews.com.