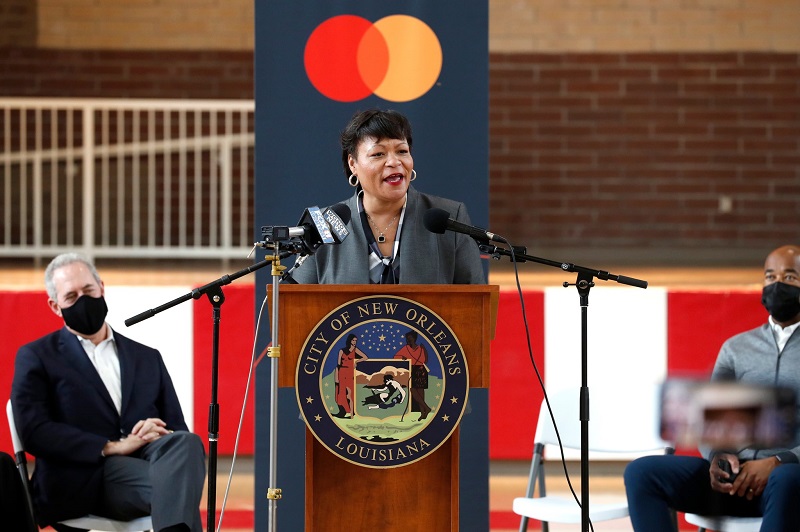 The City of New Orleans has launched a multifunctional city card which will provide access to emergency disbursements, banking for the unbanked, transport, libraries, local discounts and more.

The Crescent City Card Program is a partnership between the city, Mastercard, fintech company MoCaFi and Forward Together New Orleans, the mayor’s fund. The first phase of the initiative aims to support those who are most in need but the longer-term vision is that the cards will be useful to all residents, Joshua Cox, Senior Advisor & Director of Strategic Initiatives for Mayor LaToya Cantrell, told capitaltribunenews.com.

Cards have already been provided to people who have recently returned home from incarceration to help them open a bank account and access financial literacy training, Cox said. Pre-paid bank cards from MoCaFi are also being used to disburse US$190,000 from the Mayor’s Hurricane Ida Emergency Relief Program. Further, the city’s new Guaranteed Income programme will be administered via the cards. Through a US$500,000 grant from Mayors for a Guaranteed Income, 125 opportunity youths (young people between the ages of 16 and 24 who are disconnected from school and work) will receive US$350 a month for ten months.

“We know that in Louisiana, but it’s not just limited to Louisiana, there’s a large portion of people of colour who are unbanked and who are not in the ‘traditional financial system’,” Cox said. “Those folks are vulnerable and they can be taken advantage of by predatory financial institutions, whether it’s payday lending or cheque cashing – it’s expensive to be poor.”

Branding for the card

“We wanted to offer a product for New Orleanians to remove a barrier that’s associated with work and plugging into the regular economy.”

Further features will be rolled out in phases. This could include enabling small businesses to offer discounts for Crescent Card-holders to drive uptake of the card and boost community economies.

The city is also integrating services such as public transport, libraries, parks and recreation centres to make them all accessible via the one card. Mastercard is providing support to integrate services and launch the product, Cox said. New Orleans is also one of seven cities in Mastercard’s ‘In Solidarity’ initiative, a US$500 million commitment to closing the racial wealth and opportunity gap for Black Americans.

The initiative has been around two years in the making, Cox said, and New Orleans has worked closely with Los Angeles to learn from the city’s experience in rolling out a similar programme, also with MoCaFi and Mastercard.

When the LA programme launched in September, Wole Coaxum, Founder and CEO, MoCaFi, told capitaltribunenews.com: “MoCaFi is challenging how cities look at financial services. We believe that in the same ways that roads, bridges, water, and electricity are considered infrastructure, cities should begin to think of financial services in the same way.

“Whether it’s a Guaranteed Income programme or a public-private partnership that ensures the disenfranchised have access to a quality bank account, the new perception of infrastructure should embrace how cities respond to their residents’ unique needs, including financial requirements.”

The company is also working with several other US cities.