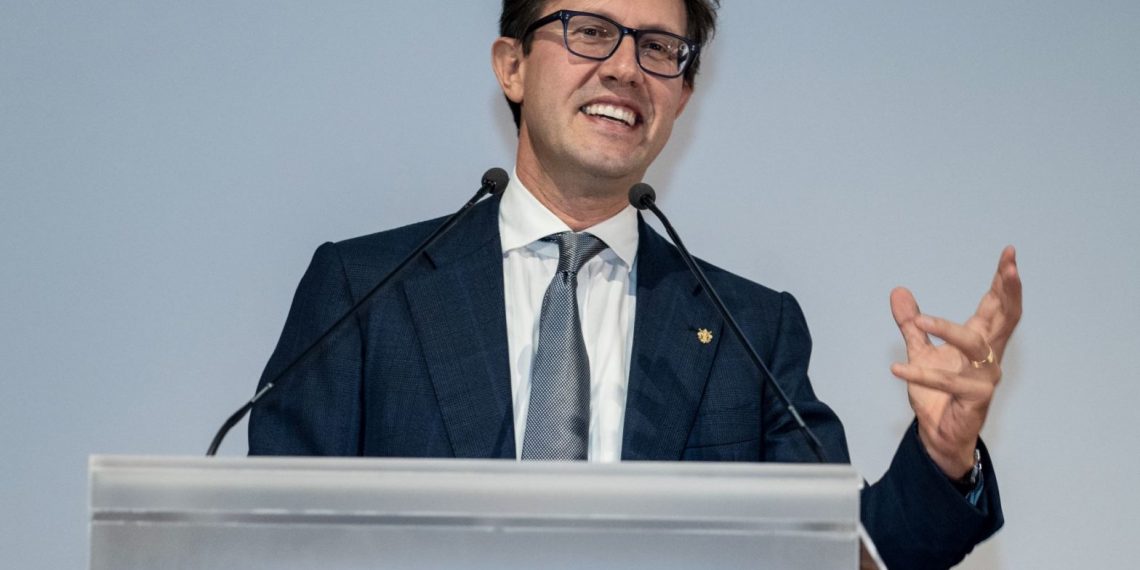 Christopher Carey talks to Dario Nardella, Mayor of Florence and President of Eurocities, about how the Italian city is adapting to meet its net zero goals.

We know that transport is one of the biggest contributors to carbon emissions in cities. How has Florence’s mobility strategy evolved to counter this?

Over the last ten years, we have invested a lot in a new overground tramway system, and have already completed two key routes – one linking the city centre with the airport, and the second linking the historical central railway station with the main hospital of the metropolitan area. We have an implementation plan to complete six lines in total – a total investment of €1.7 billion (US$1.9 billion), which is coming mostly from the European Union through different [funding] tools.

The last two lines [of the tram system] will be financed thanks to the new EU recovery plan, which is a historic opportunity for Italy and our cities. With this tramway system, we can guarantee an efficient alternative to private cars for our citizens – which is an important aspect for the reduction of carbon emissions – and will be able to move 84 million people around the city each year.

We also have a project where we have identified five big parks [park-and-ride hubs] where you can change your vehicle for public transport, which will allow citizens to move in a simple and more efficient way.

Florence is set to introduce a low emissions zone. Can you tell me more about this?

How big of an infrastructure challenge will this be?

It’s a new system with 81 telematic ‘digital doors’ around the city which will be able to monitor all vehicles entering and allow us to only permit vehicles that meet certain standards. We will also use this system for tourist buses – Florence is a capital of tourism and we have a massive problem with overtourism, especially in the city centre. So thanks to this zone, we can keep these tourist buses out of the city with an efficient control and instead offer these buses specific areas and mobility hubs around the city to move tourists to the centre by other means.

What other areas is the city looking at to reduce its carbon footprint?

The last part of our strategy to reach carbon neutrality by 2040 is a big investment in domestic heating – that is substituting boilers. We are currently switching 600 boilers in municipal buildings, but the real challenge is to tackle private domestic boilers, which are the number one cause of pollution in our cities, more than traffic. So that’s why we are asking the Italian government to relaunch green bonds to encourage families to change their old boilers rapidly.

This could be very useful to make a big substitution. We’ve calculated that in the next five years we can switch three million boilers in the ten biggest Italian cities, which will lead to a 2.6 million ton decrease in C02 emissions.

We are projecting this will launch in January 2023, and will use all of next year to implement the infrastructure and realise the project.

The post How Florence is tackling its carbon emissions appeared first on capitaltribunenews.com.