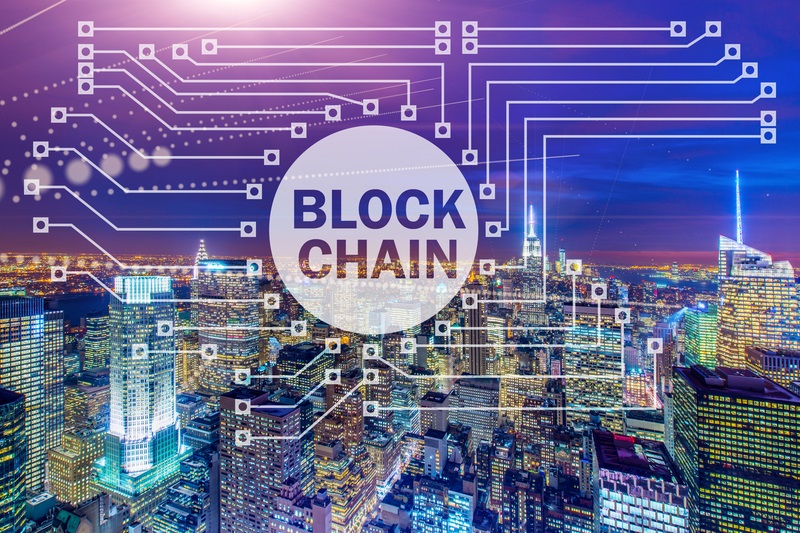 Cities are beginning to pay closer attention to blockchain, viewing it as a fundamental shift that they cannot afford to ignore. Sarah Wray explores the potential use cases and the implications for ethical governance.

Blockchain is one of the most hyped technologies around but there have been few implementations by cities to date.

Interest in the decentralised ledger technology is now growing due to advances in cryptocurrencies, smart contracts, digital assets, and other so-called Web 3.0 technologies.

The debate for cities is not only about whether they should adopt blockchain but also how to prepare for the wider impact – because many believe it’s coming, ready or not.

Speaking at Smart City Expo World Congress in Barcelona last month, Diego Fernández, Secretary of Innovation and Digital Transformation for Buenos Aires City Government, said blockchain could have the same transformative power as the printing press and the internet.

“Today, every transaction is controlled by central entities: governments and big companies. The blockchain is going to change that and this is a change that will alter society forever,” he said, citing taxation, the financial sector, notary services, the job market and voting as major areas where the impact could be felt.

“I honestly think that as governments, we don’t have a clear knowledge of which path we should pursue but I am convinced that we should act, eventually making mistakes, but we should not be passive against these changes,” Fernández added.

Buenos Aires has a large community of blockchain developers and is starting to promote itself as a blockchain hub to capitalise on this.

And internally, the city is focusing on a handful of key projects. One is a digital identity system that would allow the city to automatically verify credentials for documents and licences and also support credentials and documents from the private sector.

“Honestly, governments are quite stupid,” Fernández said. “How many times have you been to a government office and they ask you for another piece of paper or document that the same government issued? That’s crazy.”

The goal is that for 80 percent of interactions the city won’t ask residents for information that it already holds.

Process automation is another area of focus.

“A lot of things in government are just big ‘if this, then that’ clauses and there’s no intelligence in that, there’s no value that a human adds,” said Fernández.

The objective in the next two years is to have two or three prototype processes that can be done completely automatically without the involvement of any human being.

As part of an artificial intelligence (AI) plan, the city is also establishing an ethics committee.

“We don’t know the new social and political order that we will face,” said Fernández. “We’re still confused, we’re still lost. But we like to think that we can be confused at a higher level.”

Sensing a similar “complete paradigm shift”, Mark Wheeler, Chief Information Officer (CIO) for the City of Philadelphia, has instigated a “discovery process” about Web 3.0 technologies, including blockchain and smart contracts.

“I want to understand the capabilities of the technology, specifically what’s being called Web 3.0 and what that might mean for operations for city government and generally our population, and how we may need to respond to the technology,” says Wheeler. “As CIO, I want to be able to explain it to an elected official – what are the impacts and what is coming at us.”

He sees scope in several areas including identity management, city cryptocurrencies, tradeable crypto tokens, smart contracts to offer greater legal protections to low income workers, and real estate transfers, although he notes that most of these areas are still nascent.

Convinced that something “game-changing” is happening, Wheeler began researching Web 3.0 technologies in earnest earlier this year in his free time, including procuring some cryptocurrencies and entering into a smart contract.

One thing he noticed was that: “The speed by which these transactions move is incredibly slow so I need to understand how technologists are solving that problem without adding even more complexity to what is already hard to understand.”

Through the discovery process, Wheeler aims to understand more about what’s possible as well as the deeper technical details.

“There’s a great deal of hype around it. And I want to cut through all of that to understand exactly what it’s delivering now and how it delivers it,” he said.

The process is exploratory but could eventually culminate in a Pitch & Pilot project based on defined city challenges.

Tech for ‘not bad’

Reid Blackman says cities are wise to be proactive about blockchain. He is a former philosophy professor and now runs Virtue, a tech ethics consultancy. He was recently appointed to the voluntary role of Chief Ethics Officer for the non-profit Government Blockchain Association.

As with any technology, ensuring equitable access and that no resident is disadvantaged by its use is key, but there are blockchain-specific risks too.

One of its core features – immutability – raises ethical considerations.

“You have to be really careful because once you’ve developed a blockchain, it’s done. It’s not like AI where you could just retrain it,” Blackman says.

This could make mistakes around the sharing of personal information, property titles or digital identity extremely difficult to rectify. Lost passwords for government services or for wallets on blockchain could also be problematic, particularly for vulnerable residents.

Due diligence starts with an assessment of whether or not blockchain is relevant.

“Everyone wants to use blockchain because it’s sexy,” he says. “But it just might not be the right solution for the problem. So, let’s check to see whether we need blockchain and does it actually give us a real benefit?”

Risks specific to the proposed solution should then be assessed and mitigated but Blackman also advises “thinking around the corner”.

Pre-development checks and ongoing monitoring are both required. “At certain check-ins, just as you check to see how the development is going, make sure that the ethical decisions that were made early on, such as how to develop the blockchain and how to go about getting information on the blockchain, are also being done.”

According to Blackman, the conversation about blockchain ethics is “tiny” compared to AI ethics. The more mature AI ethics space features proponents of ‘AI for good’ as well as those focused on ‘AI for not bad’, which he points out isn’t the same thing. A lesson that cities could learn here is the equal importance of risk mitigation and ensuring this is not a blind spot.

Blackman urges cities to consider creating an oversight panel for any blockchain projects, including not only technologists but also experts in regulation, policy and ethics.

“To not have those people on board as part of a discussion would be a massive mistake because just like AI, with blockchain the nature is to scale these things,” he comments.

One notable development in cities this year has been the launch of city-specific cryptocurrencies.

CityCoins allows users to mine coins to support a city as 30 percent of the yield is collected in a wallet reserved for the local government. Because they are programmable, the tokens will have more uses over time, and CityCoins recently ran a hackathon.

At the time of writing Miami’s wallet was at US$23 million and New York’s at US$27 million.

New York’s Mayor-elect Eric Adams, who will take office in January, welcomed the NYCCoin announcement, and in Miami commissioners voted to accept funds raised through MiamiCoin. More roll-outs are expected in 2022.

As the trend gathers pace, a recent op-ed for the Miami Herald calls on cities to get ahead of risks.

Henry Fingerhut and Lauren Packard, senior policy analysts at the Tony Blair Institute for Global Change, write: “These leaders are drawing attention to city finance and creating new opportunities for broad-based civic engagement. But Miami and New York must also engage with the technical, legal and financial risks before they can realise these exciting benefits.”

The crypto initiatives are launched independently by CityCoins but the article highlights considerations for cities, such as volatility, long-term sustainability, and possible tax implications. The analysts encourage cities to establish non-profits to receive and disburse proceeds, and to use blockchain and policies such as quadratic spending to ensure the use of the funds is transparent.

They said cities should communicate risks to residents and for now “should not rely on these uncertain proceeds when budgeting”.

On the sidelines of the Smart City Expo last month, soon after NYCCoin launched, John Paul Farmer, New York’s Chief Technology Officer, told capitaltribunenews.com: “Mayor-elect Adams has come out very publicly and said that he wants New York City to be a capital of crypto and similar innovations. We’ve already got the second-biggest tech sector in the world after Silicon Valley, and I think growing that is a really good thing for New Yorkers.”

He said the city now wants to find out more about the specifics of the initiative and will talk to colleagues in the City of Miami.

“We want to support progress and growth. We also want to make sure that tools that are introduced into the public, whatever they may be, are safe and ultimately bring benefits to people,” Farmer said.

“These are not decisions solely for technologists,” he added. “These are decisions that are going to involve tech, along with various city leaders.”

New York has been among the first cities to launch a dedicated strategy for other disruptive technologies, including one for Internet of Things (IoT), AI, and an Internet Masterplan. A common thread has been a stated focus on trust and equity.

On whether there could be a similar approach for crypto, Farmer commented: “There are a number of emerging technologies, whether you’re talking about cryptocurrencies or quantum computing, that are relevant today and will probably be increasingly relevant to New York City.”

While it is not yet decided if each one needs its own strategy, he added: “Certainly, what we do require is a foundational level of understanding amongst the decision-makers so that we can engage productively and intelligently in a conversation.”

City governments have been hit in the past, whether through getting caught unawares or allowing technology to get ahead of policy and governance. If Web 3.0 is to bring about the tectonic shifts that some foresee, now is the time to engage in both the opportunities and the risks.