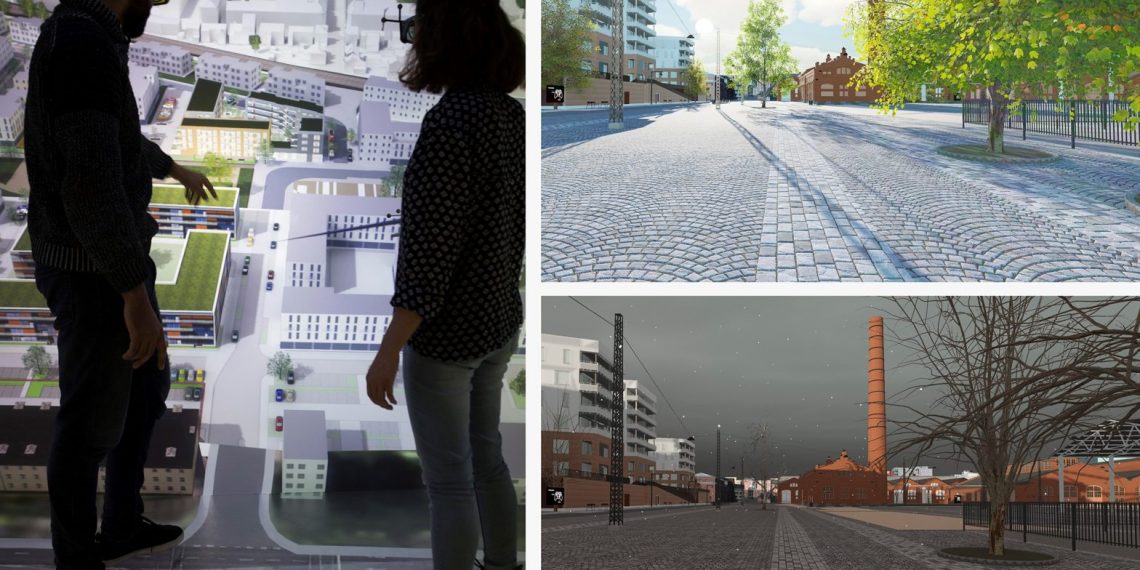 The pandemic has accelerated the rollout of digital services but a growing number of cities are also seeing the importance of physical spaces where residents, planners and technologists can meet and collaborate.

Tallinn in Estonia has announced a new hub in the city centre which will use digital twins and virtual reality (VR) to foster more input on urban development, transport planning and greenery.

The facility, which will be in the building next to City Hall, is part of Tallinn’s Green Capital programme and an outcome of the Green Twins pilot, a collaborative project with the City of Helsinki.

“We already have digital twins of Tallinn and – as the first country in the world – even of the whole state of Estonia. The processes of urban development and construction in our country are increasingly developed with the help of digital tools – but with real participation. The Hub offers great potential here,” Fabian Dembski, Tallinn University of Technology (TalTech); Kaidi Põldoja, Architect and Urban Planner at Tallinn Strategic Management Office; and Mai Andresson, Green Twins Project Manager in Tallinn, told capitaltribunenews.com by email.

The facility, which will open next year, will include screen-based virtual reality (VR) experiences that don’t require a head-mounted display, allowing people to navigate through future scenarios and urban developments together.

The Green Twins project is working on further visualisation and simulation tools, such as an ‘Urban Tempo’ application based on a gaming engine that will “enable the most realistic immersive experience possible”. For example, seasonal, light and weather influences can be simulated, as well as the growth of urban greenery over time.

A co-planning application called Virtual Green Planner is also in the works to allow people to develop and try out scenarios themselves – “a human-computer interface,” according to the city.

Satellite hubs will also be set up in neighbourhoods throughout the city to draw citizens’ attention to planned projects or developments and invite them to participate. These “magnets” will be developed by TalTech students through a competition and “could be a combination of built structures with virtual elements and links to the Hub.”

“The Hub is not only a technical facility but also a place of gathering, culture, participation and open discussion – this is perhaps even more important than the purely technical facilities,” the spokespeople for the project said.

“The city of Tallinn wants to take an innovative path and is very interested in integrating its citizens into planning and development processes in order to make urban space developments more democratic.”

The goal is that the centre will be occupied most of the time and could also house a café, artistic and cultural events, and mobile workstations for city employees.

The city said the co-creation space is unique in Estonia and referenced examples in Stockholm and Aalto University in Espoo.

Limerick in Ireland also announced a new Citizens’ Innovation Lab that will be located in a former retail site in the city centre.

The city said it “will provide a physical and digital space where citizens can work collaboratively with the local authority, University of Limerick and other interested stakeholders to develop solutions focused on the energy transition, climate action and sustainability.”

The centre will include the FabLab maker space supported by the university, a citizen’s observatory that enables residents to use data and co-design solutions, and a community engagement hub for public participation.

The Innovation Lab is part of the Horizon 2020 +CityxChange Project. Limerick and Trondheim in Norway are ‘lighthouse’ cities to demonstrate solutions for reducing the carbon footprint of urban areas.