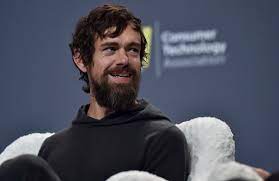 The co-founder and former Twitter CEO has invested $2 million in a renewable energy data center.

Dorsey is a blockchain technology project enthusiast. The fintech company Block has set up a separate division to develop projects that can encourage people to mine bitcoins.

Gridless, for its part, finances the construction of small data centers and runs mining companies in rural areas where there are no industrial plants and surplus energy is not in demand.

The company has contracted with African hydropower company HydroBox for five pilot projects in Kenya, three of which are now in operation. In the near future, Gridless plans to expand its presence to other parts of East Africa.Earlier it became known that Block Inc. is among the top 10 companies by market capitalization on the U.S. stock exchanges, which have become leaders in SaaS marketing.

Stay Ahead of the Business Game: A Look at the Most Informative Websites for Business News and Analysis