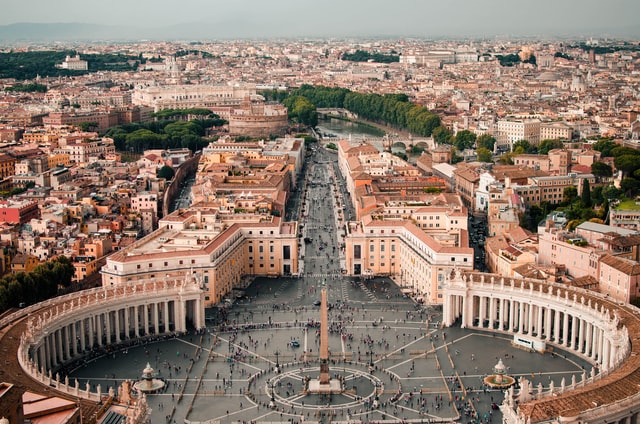 As Linkem’s first-ever Chief Digital Government Officer, Gareri will lead on a partnership-based ecosystem strategy focused on cities’ most pressing challenges and enabled by new business models and approaches.

Gareri says: “[Many companies] are pursuing the traditional commercial approach, which is mainly based on pushing platforms and technology [and seeing if that works for] this new concept of smart cities. But I think that it doesn’t work.

“The next challenge with the public sector is deploying a new generation of infrastructure and a way of behaving so that we are able to take on climate change effects, inclusion, and sustainability, not only from the environmental point of view but also from the social point of view. We [as companies] need to contribute to this.”

Gareri also founded and is former president of the Italian Smart City Association and previously worked for 20 years in economic development for the Province of Brescia so he has a clear affinity with cities, but he also understands that this new way of working is necessary for the private sector.

“We are seeing that the traditional connectivity market is declining,” he says. “It’s becoming a commodity nowadays. And we really have to take full advantage of the huge investment that we have made in the 5G network.”

For the last few years, Linkem has been expanding its reach and services beyond broadband connectivity by investing in start-ups in various verticals, such as green technology, mobility, and security. To date, it has invested around €5 million (US$5.6 million) in 13 start-ups.

“With my appointment, the idea is to create the transversal layer to integrate those verticals into a portfolio of smart city services,” says Gareri.

This is particularly relevant now as the European Union is providing hundreds of billions to help member states recover from the COVID-19 pandemic and accelerate green and digital transformations. Italy, for instance, is set to receive €191.5 billion in total. These are big numbers but the money is not a magic bullet.

“There’s a growing recognition that governments cannot do everything alone and public-private partnerships need to be more financially sustainable,” Gareri says.

This means shifting from a buyer-seller relationship to something more collaborative.

“We want to develop relationships not connected just to tenders but for a longer period of five to ten years,” says Gareri. “In that time, we will also make an investment from our side and agree new business models.”

Linkem is developing a partnership programme called Future Communities to bring together like-minded private sector companies to support cities in capitalising on emerging technologies and addressing challenges and opportunities, but also making sure the right structures are in place so this can succeed.

“Nowadays it’s not enough that you are the best on the market in infrastructure, connectivity, platforms and sensors,” Gareri comments. “You must be ready to make alliances — but not just shaking hands. You need to show how to put together components of the other players with yours and how to structure a business model that is a win-win for all players.”

This requires new skills and culture, Gareri says, noting: “You need to be ready to invest and you also need to be confident that the model works in terms of revenues. So, you need these financial skills inside the company.”

As well as working with cities, Linkem is also focusing on rural areas.

“There is an opportunity for aggregating small entities [to work together]…because otherwise there is a great risk that more families and companies will move from the countryside to the city centres, creating additional issues in terms of mobility, pollution, and so forth.”

The initiative will begin in Italy with plans to expand to the wider European market. Linkem hopes to announce projects early next year.